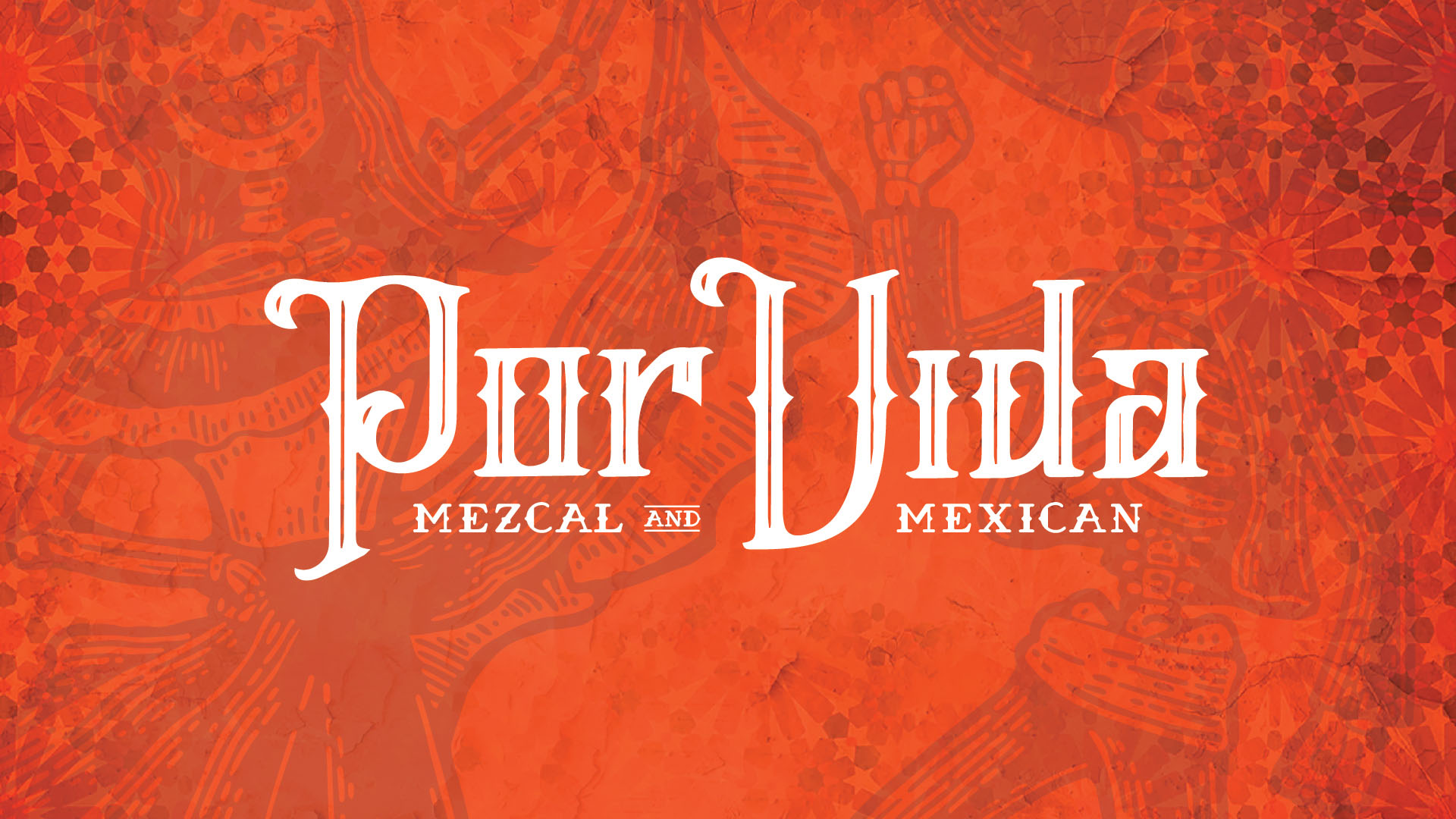 By Catch HospitalityNovember 13, 2019No Comments

The first thing you may notice about Por Vida is the strikingly beautiful décor. The stained glass window and the back of the bar — a real pulpit from a Toronto church — both date back to the early 1900s. The boldly patterned wallpaper is made from photos taken in Mexico City. There are colourful accents everywhere you look.

This all sets the tone for a convivial and easygoing atmosphere. You’ll feel it as soon as you walk in: this is a place that’s both inviting and exciting. The large central bar beckons you to cozy up and explore an extensive list of mezcal and Tequila with some light snacks. Or you can take a seat and settle in with your friends and explore a menu that will instantly transport you to Mexico.

And that’s the second thing you’ll notice: the menu. Apart from wanting to eat everything on it, you’ll notice there’s a bit more going on here than at a typical Mexi-Americana restaurant. Sure, the hits are here: tacos, tostadas and all the guacamole you can eat — four different varieties of guacamole, in fact. But Chef Eduardo Juarez is on a mission to bring an authentic Mexican culinary experience to Bronte. That means dishes that demonstrate the complexity and innovation in Mexican cuisine — something that is rarely found outside the country.

Eduardo — you can call him Eddie — spent some of the past year travelling and studying in Mexico. He worked at celebrated Chef Juan Cabrera Barron’s restaurant Fonda Fina in Mexico City. The graduate of George Brown cooking school was born in Ontario to Mexican parents. Naturally, he grew up learning about his Mexican roots via his mother’s cooking. His mom is from the Jalisco region and his dad comes from Tampico. It’s been his dream since graduation to open a Mexican restaurant. After working with the Catch Hospitality Group for the past four years — two years as Chef de Cuisine at Plank — that dream is now a reality.

“I want to show my customers the food that I grew up with — and refine it a little. I want to give them plates that are beautiful and dishes that taste great. I don’t want Por Vida to be just a good “Mexican” restaurant, I want it to be great restaurant. And there’s a lot more to Mexican cuisine than most people think. So it’s going to be fun — and a bit of an educational process. I call it learning while you’re eating!”

One of Eddie’s favourite dishes on the menu is the Aguachile Negro. “Aguachile means ceviche,” Eddie says. “It means ‘chile water’ but it tends to be a little spicier. I make the sauce using tortilla and onion ash, and squid ink. So the dish is black — it’s very beautiful and striking — and it doesn’t taste like it looks.”

“One of the things I learned in Mexico is that they cook with a lot of ash. They’ll burn tortillas, onions and spices past the point of bitterness, so that they can then be used as ingredients in the dish. And it adds a certain smoky flavour.”

Eddie promises that the Por Vida menu will evolve over time, especially as his customers get used to his “lessons.” But don’t worry, Por Vida may be on a mission to widen perceptions of Mexican cuisine, but it’ll never feel like school. You don’t find this much mezcal in a classroom!

WE DON'T EMAIL OFTEN, BUT WHEN WE DO THEY'RE WORTH READING. SIGN UP FOR YOUR NEWSLETTER HERE.

Must be 21+ for alcohol service, unless accompanied by a parent.