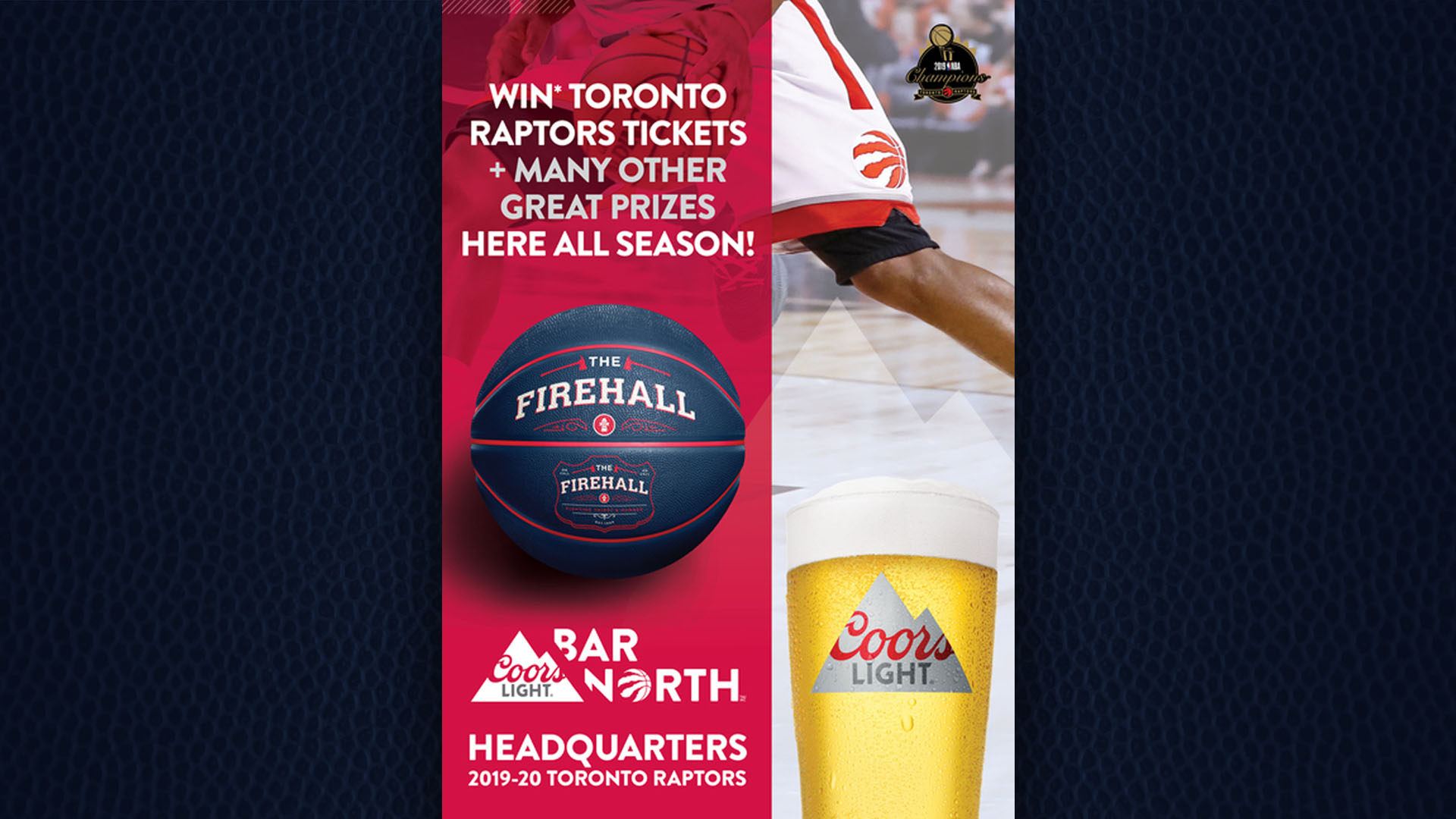 “Molson Coors has recently named The Firehall one of the official Toronto Raptors Headquarters for 2019/20. This means Firehall is offering out some amazing prizes for our local Raptors fans. Think six sets of tickets for Toronto games, a night in the box suite, and a chance to go down to a Detroit game to show whose the best fans in the league! This is on top of lots of great prizes like signed jerseys, Official 2019 championship glassware, and framed jersey collections.

During the playoffs last June the energy as soon as you walked into the bar was palpable. Crowds were cheering, beer was flowing, wings were hot, and everyone watched the Raptors take home their first ever NBA Championship trophy. Hoping to keep the excitement going this season there is a Kick Off Party starting with the home game season opener on October 22nd. Make sure you support your local team at the Official Toronto Raptors HQ Firehall!”

WE DON'T EMAIL OFTEN, BUT WHEN WE DO THEY'RE WORTH READING. SIGN UP FOR YOUR NEWSLETTER HERE.

Must be 21+ for alcohol service, unless accompanied by a parent.